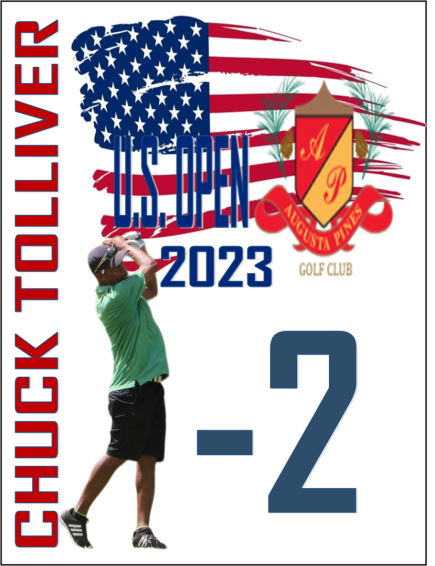 SURVIVAL OF THE FITTEST

I may be somewhat biased but I'm convinced there's not any league or tour that does it as well as the Houston Golf League. We have live scoring, large payouts, graphics works,  a fantastic website, and dynamic videos, and continue to deliver thought-provoking, post-tournament write-ups. We have over 5,000 views per month on our website. Last but not least is our outstanding caliber of players. Last Sunday was the perfect example of how competitive our players are.
This tournament had a myriad of players on top of the leader board salivating for a chance to win the  US Cup and take home the title as the 2022 US Champion. We started with stand-out contenders such as Jarrod Ballou with a 37 followed by four other players, Isom Johnson, Hajar Rabe, Trey Smith, and Jaime Villarreal, who had 38. Also in close proximity were Gabe Ramos, Roland Turner, Ethan Bulthouse, and Kendrick Massengill, who had a 38 on the front. Lonnie Knowles, Sean Hinton, and Jeremy Williams got hot on the back which added a few more players to the mix.
So let's get to the highlights and break down the 12 players who were sniffing around the Cup. Gabe Ramos was leading after 10 but those 2 straight double boogies on 11 and 12 were followed by another one on 16. This sent him power tumbling down the furthest to the bottom sharing a tie for the 15th spot. Kendrick's 39 on the front and 39 on the back may have been good any other day but wasn't good enough with so many good players on the field. His double on 18 kept him from getting into the money which landed him in a three-way tie for 11th place with the Little Brothers. Lonnie Knowles, Trey Smith, Jeremy Williams, Ethan Bulthouse, and Sean Hinton finished one shot away from the money.
Every shot counts with maximum effort. Concentration is required. I have heard it a thousand times. "Man, if I only par that hole, I would have won the tournament." Yada-Yada. The next five players got paid. Haja and Villareal finished tied for fourth at even par. Ballou and Turner tied for second with one under par.
The "Big Check" and Cup went to Isom Johnson. He played some good golf on the front and the back. It was his most outstanding performance since the 2019 Players Championship where he lapped the field in the largest margin win in the league's history. Congratulations on your impressive win, Isom.
Two more players, Jarrod Ballou and Detriek Little were added to the elite eight for the matchplay event. Jarrod Ballou beat Trey Smith on one up to advance. This match was back and forth all day. Both players played well but only one could advance. It reminded me of the NCAA semi-finals with Duke vs North Carolina match-up.
The other match was Chuck Tolliver and Detriek Little. Little got off to a fast start and was up four at the turn. By the 18th hole, it was tied up and the momentum had switched to Tolliver. Out of nowhere, Tolliver did the unthinkable and hit the wrong ball in the sudden death playoff that automatically eliminated him. The last match to be played to fill the elite will happen next Sunday at Quail Valley between Nathan Simcox and Joe Eckford. Can't Wait!