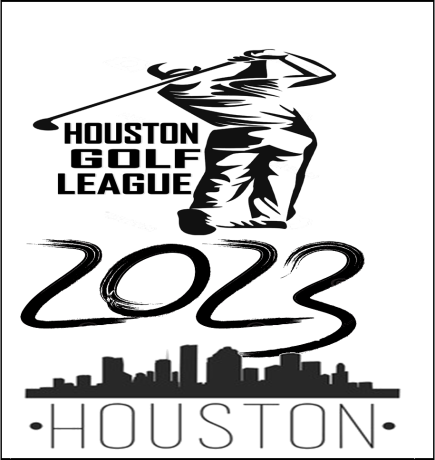 Well Sunday, the White Team crushed the Red and Blue Teams. The White Team ran away with their second Culture Cup Championship in a row. They compiled a mind-blowing, team effort of 17 points in a single match. Seven players won their singles matches and the other three picked up a point. Chris Allen was named MVP as he maxed out on his points production. Balise handed the baton to Ethan where he left off last year. Ethan had laser-like precision and execution plans for each player and the team and it showed. This tightened their number of wins in the Culture Cup Championships to 3. The Blue team has 5 and three wins for the Red team. The once-dominant blue team looked old and washed up. The Red Team appears disconnected and consistently in search of a winning team and players. Congratulations, White Team players and leadership on a well-played, executed game. Yall truly played as a TEAM!

SEAN HINTON GOES BACK TO BACK AS PLAYERS CHAMPION

Sean Hinton wins back-to-back Players Championships in style. He held off the league's number-one player, Haja Rabe. After the first round, Sean seemed confident about his chances of a win on Sunday. He was not cocky or boasting,yet he was not afraid of the big bad wolf, Haja. To me, it was possibly two reasons that could have had his chest with a bit more air in it. One reason may have been that he won this event last year or the probable reason could have been his wife whispering "sweet nothings" in his ear "momma needs a new pair of shoes." Whatever the reason, he had the look of a winner.  Three players, Sean, Haja, and Jonathan were tied for the lead at plus-five after Saturday's round of extremely, windy conditions. The magic that Jonathan had on Saturday disappeared Sunday. I believe his mind was still on the casino where he left with fat pockets. He had a ten-shot score difference from Saturday to Sunday on the greens giving him a fifth-place finish. Two other players who found their game after the wind settled on Sunday were Jarrod Ballou, who will be the "2022 Most Improved Player of the Year" and Joel Lake, who's in his first Players Championship with the league. Jarrod had an 11 shot improvement on Sunday but he ended up 5 shots short of beating Sean. He was only two from taking over second place from Haja landing Jarrod with a fourth-place finish. Now Joel came all the way back to take the lead over Haja but Joel's Double Bogey on 16 was a three-shot swing. Haja birdied 16 which put him up by one in the closing two holes. They mirrored each other coming home the down stretch giving Joel a third-place finish. On the front nine, Sean played Haja straight up and went shot for shot with him. Sean needed to hold on for nine more holes without blowing up and keeping the crooked numbers off his scorecard. This would guarantee that momma was getting some new shoes.
I think on the back nine is where he used his player's championship experience. He only had one double bogey on the back nine on hole 15 to keep the wolf from gaining any ground on his lead to secure his 2022 Players Championship. Congratulations, Sean on your repeated performances at the 2021 and 2022 Players Championship. 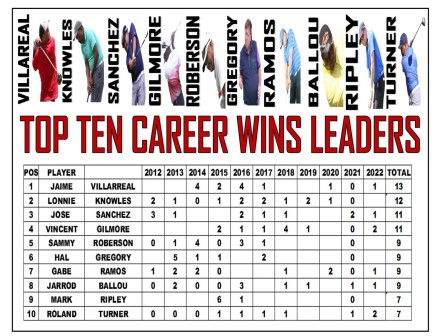 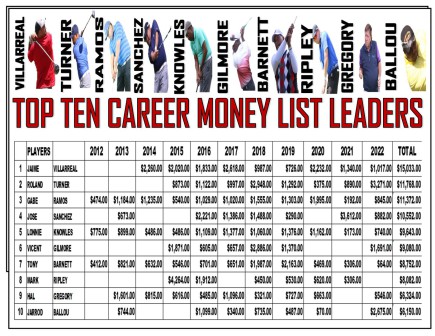 Established in 2012, the purpose of the League is to provide amateurs of all ages, sexes and handicaps the opportunity to compete in stroke-play golf tournaments on a regular basis. The League concludes with a Player’s Championship in which the winner from each tournament. Through this competition, the Houston Golf  League promotes the sport of golf by providing an atmosphere of friendly, fair, and well-managed competition for amateur golfers in the pursuit of excellence.

The Houston Golf League has an annual membership of $150.00

The cost of each regular tournament is 120.00  the majors are $200.00 The entry fee for each tournament includes green fees, cart, and range balls in most cases. A portion of the entry fee establishes the purse. Tournaments can be prepaid online or the day of the tournament.

Cash Money and Trophies are awarded to the first place winner of each flight. A purse is established from the entry fees, and depending on the size of the flight, money is awarded to the top finishers in each flight. Additionally, there are voluntary skins games, deuce game, and closest to the pin. Membership dues must be paid before any prize money awarded.

The players are flighted by handicap, then play a gross stoke-play format within their flight.

Base on the number of players

The League uses the Callaway system if a player does not have to establish a verifiable handicap, and the league trumps all other handicaps of other leagues handicap. Callaway system 10 strokes max for A flight and 20 shot max for the B flight. The League will access your level of play based on your most recent scores, which courses you have played and the tees you used. Once you’re placed on a flight, your tournament scores and handicap index are posted on the  web page

Play in as many or as few as you would like. Of course, the more you play, the more points you can accumulate toward qualifying for the Players Championship and Culture Cup.

No. You can join the League anytime during the season. The sooner you join, the more points you start accumulating towards the points race.

If you enjoy weekend golf at some of the finest local courses, if you enjoy competitive stroke-play golf, if you want to improve your game by playing under tournament conditions like the pros, and if you like the feeling of winning, collecting prizes and trophies, join the tour and enjoy all of these benefits. All tournaments are played by USGA rules and handicaps are tracked on each player to ensure the integrity of each flight.

The  Houston Golf League format mirrors that of the PGA Tour. The tournaments will be held on the finest golf courses around the greater Houston area. The HGL will consist of four major tournaments and a “Players Championship”, Ryder Cup-type Event called the Culture Cup. Stats will be kept on putts, fairways, and greens hit. There will also be a money list leader from each flight. These leaders will be eligible for awards that will be given at the Tournament’s Awards Banquet

TWILIGHT RATES, DISCOUNTED RATES IN SOME  PROSHOPS AND FREE ROUNDS OF GOLF WITH THE LEAGUE MEMBER CARD.