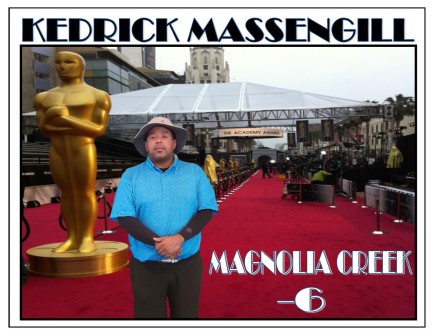 With the chemical plant still smoldering and spring break happening, it was abundantly clear that there would be a lack of participation at the Battleground Tournament this past Sunday. Gilmore missing, Turner missing, Feldschau missing and Calixterio missing and serval other big-name players took off this tournament. This was a perfect scenario for a scrub like me to steal a win. No shame in my game.  In my mind, this tournament was all mine! Well, that was the plan and it was going well until I noticed one guy who would just not go away. Sure, Jaime Villarreal was an early leader in the tournament, but he had not won a tournament since Obama was in office. I knew he was going to fold.  The other two guys who were at the top were in my group, Mike Fontenot and Gabe Ramos I felt I could beat. This one guy would not go away.  His name was Rodney Griggs aka newly dubbed, The Sheriff!  Rodney was the one person I overlooked, a big mistake on my part. He was the only guy in the field to shoot under par. He was first in putts, first in fairways and second in greens. This guy can flat out play.  It was going to be very interesting to see if  Captain Roland Turner could hold on to his spot as top dog. The New Sheriff in town was playing with both guns blazing.  With the League ranking schedule to come out after the Country Place tournament on April 14th, it will be very interesting to see who's would be number one.  I know the blue team just got a lot stronger with the possible two new additions of Isom Johnson and Rodney. Hopefully, the red and white best players will play this year to make it competitive.  I am expecting some great things from the newly appointed Sheriff, but we have some mean hombres in this league and one win in an empty town is not going to scare off any of them.  Congratulations on your first victory as a member of the Houston Golf League, Rodney. Can't wait to see how the Sheriff handles all the bad guys when they return.  Will they be dealt with or will the Sheriff get run out of town?  Please stay tuned to see how the west will be won!