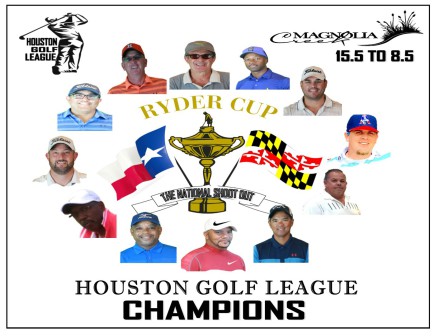 D.C. THANKS FOR THE LOVE

Three years in the making, finally a permanent date was set in stone, the highly anticipated matchup between The Houston Golf League and Sunday Golf Crew-Tour from  D. C. came into full fruition this weekend Nov. 10th and11th at Magnolia Creek. This match has been hyped up on social media for the last two months to a fever pitch level never seen before. Both sides talking trash and boasting about what and how they were going to do each other. Especially Katie Mid and Chris Allen they went back and forth at each other. Chris a Southern gentleman with traditional ways and Katie a lady of I get the door by my damn self plus, I can hit it just as far as you. It all made for good theater.  The Sunday Golf Crew pulled out all the tricks, re-adjusting our lineups, and trying to keep me out all night drinking with them the night before. They even tried what they thought would be the game changer. They had the nerve to pack up the cold weather from D.C. and bring it to Houston. Despite all their trickiness, HGL was ready to play.  Captain Roland Turner was fresh off a victory in the Culture Cup were his team won 9 points in the opening day using the same format as the Ryder Cup with the two-man best ball on the front nine and alternate shots on the back nine. Our team was paired up perfectly. Turner/Gilmore who went undefeated in the Culture Cup. Barnett/Knowles who has been a partner for life along with The Colberts Craig and Chris. Allen/White who also were partners in the culture Cup and played well together. Sachs/Cole are good friends and played together serval times during the league, and to complete the paring was Rannel/Ramos. Gabe had been struggling lately with his game, so we knew he needed a strong partner to get his confidence back. The two went out and crushed it winning front and back on Saturday matches, and G-money was back to big-time game-winning self, even winning his Sunday singles match. Looking at the matchup on paper, SGCT had the better team. Their top 8 players had the lower handicaps than our top 8 players by 2 shots. Playing alternate shots is extremely difficult and that's where our advantage came into play.  After Saturday matches Captain Turner and I wanted to be up some were around 8 to 4, because Sunday matches the advantage would be in SGCT favor in the single matches and anything could happen. Our guys totally kicked ass to a tune of 9.5 to 2.5 virtually assuring us the championship. SGCT came out Sunday playing well and managed to split 6 to 6  split, giving the final point count 15.5 to 8.5 in favor of the good guys. My hat goes off each player on their team an amazing group of people we really enjoyed playing with The Sunday Golf Crew Tour. We look forward to making the Trip up to D.C. home course in 2020 to defend our championship. :) 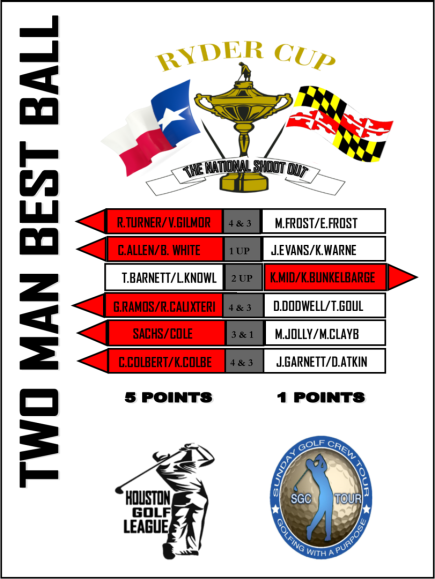 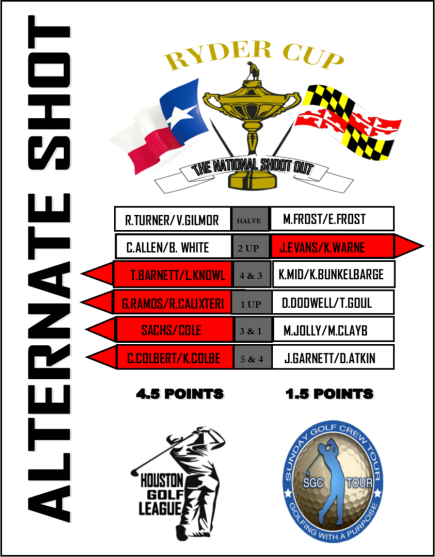 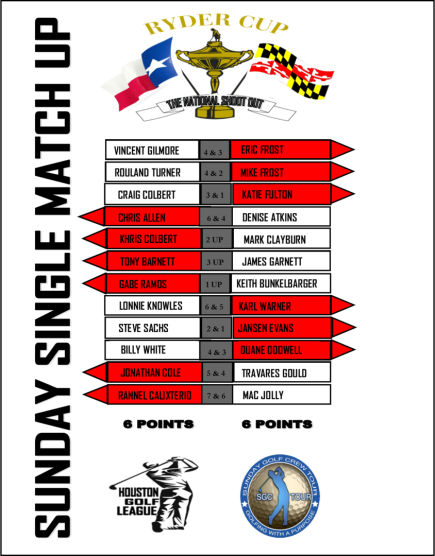